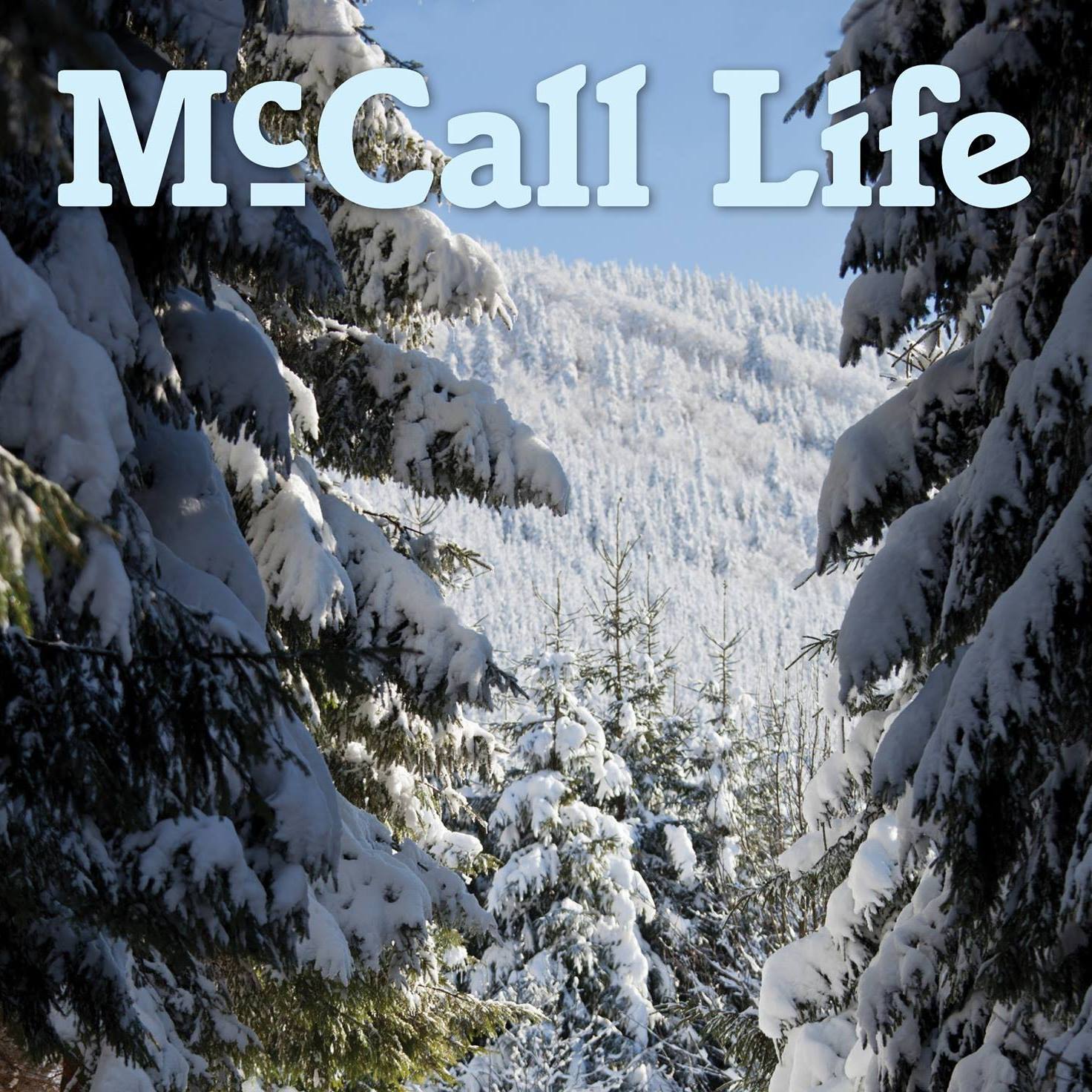 With the general growth across Idaho, one state employee hopes to support rural communities while preserving their unique culture

Inherently, artwork is worth more than the sum of its parts.

A brushstroke, the shape of a sculpture, a movie, a book, song, even a photograph can provoke thoughts and emotions through both the artist’s intent and the observer’s interpretation. But in the real world, beyond those internal effects, works of art can promote prosperity, create jobs, and support communities.

“When you start looking at the data, you see the huge economic benefits of the arts. And so I’ve definitely switched my perspective—this is something that we need to be talking about,” says Juta Geurtsen, with the Idaho Commission on the Arts (ICA). “Art is not this superfluous, added bonus, but it’s actually an economic driver in our communities.”

Take McCall for example—a town economically driven by tourism and recreation. Art plays a substantial role in those economic drivers, from Gallery 55 and all their monthly showcases, to the city’s growing public art collection.

“They vary greatly, everything from sculptures by visiting artists, to very local projects working with local schools and classrooms,” says Delta James, the city’s Economic Development Planner. “[It’s] a good collection that showcases local artists and professional ones from elsewhere.”

With the upcoming installation of “Our Confluence” a public art piece that also functions as a bench, and the work-in-progress “Mill Whistle: Sound of an Era” to be built in Brown Park this fall, the number of public art pieces throughout the area will grow beyond 20.

Geurtsen intends to change that.

“There’s so much opportunity for [art development] in rural communities that are—by the nature of being rural—constantly having to reinvent themselves and recreate themselves as industry is lost and the workforce changes,” Geurtsen says. “We’re even seeing now with so many people being able to work remotely now. So I ask myself, ‘how does that change our communities, and where do the arts fit into that?’”

Geurtsen is the Community Development Director for the ICA, a state agency under the Office of the Governor that enables access to the arts, arts education, and Idahoans’ cultural and artistic heritage.

“I’ve been in this role for about three years and community development is sort of an umbrella for all things related to the arts and creative placemaking in communities,” Geurtsen says. “So I manage all the grant programs for all the nonprofit arts organizations in Idaho, from the small, all volunteer-run Salmon Art Council to the Idaho Shakespeare Festival.”

Specifically, Geurtsen works to demystify the grant-writing process and help organizations write grant applications with the ultimate goal of making them eligible for more competitive regional and national funding.

Her most recent push on the creative placemaking side of things is the West Central Mountains Creative District (WCMCD), a pilot program that aims to help establish a network of resources on the district level with recognition and support on the state level.

“I think at the local level, it’s really strengthening that local creative community from an economic perspective as well as a connectivity perspective. So, in doing our survey, one of the things that we found is that there is this overwhelming optimism regarding the opportunities for economic growth and prosperity for creatives, and that artists, makers, and retailers want to be more connected with other West Central Mountain creatives,” Geurtsen says.

This district would be the first of its kind to be established and recognized by the state of Idaho. Essentially, the WCMCD will be a way of better connecting individual artists to each other and to the statewide resources offered by the ICA.

“Another thing that we found [in the survey] was that respondents were divided 50/50 on knowing where to find information about creative resources. So that gives us some low-hanging fruit to look out for,” Geurtsen says. “How do we connect these creatives together? What resources do they need? Whether that’s workforce training or a centralized location to find out about creative opportunities in the West Central Mountains that can then tie into tourism opportunities.”

Geurtsen grew up in one of the same rural communities in Northern Idaho she now aims to support with this pilot program. In fact, her work with the ICA seems to be a culmination of her life experience and a long career in the arts.

“I have been [involved with this world in] one way or another for about 20 years,” Geurtsen says. “I grew up in northern Idaho in a town with 1,000 people that did not have any art at the time, and so it’s been a full circle to come to this position where it’s really about the rural communities and helping them access the arts, that’s what most excites me.”

Despite her rural upbringing, Geurtsen’s parents went out of their way to expose her to arts and culture whenever they could.

“Looking back there’s a lot that I appreciate about growing up in a small town,” Geurtsen says. “I also was fortunate to travel overseas to see family and got a wider perspective of the world that way. My parents were very adamant about taking us to anything cultural that was programmed at the nearby University of Idaho.”

This exposure led to her interest in the arts and ultimately her involvement with different creative scenes throughout her life. It started while she attended the University of Idaho and ended up in Sun Valley one summer. She got a gig working in crew for a production that Bruce Willis was starring in Hailey, Idaho.

From there, Geurtsen began stage managing, ended up running a nightclub, went to New York City for five years to get a degree in writing, and worked for various artists and arts organizations before returning home.

Since then she has found work at several art non-profits and fallen back in love with her home state. Now, she supports those same non-profits through her position with the ICA and the upcoming WCMCD.

“I was always searching for that space where I felt like I belonged, and luckily I was able to go outside of my small town to experience that—whether that be different cultures, different ways of life, or just exposure to the arts in general that a lot of my peers didn’t have access to,” Geurtsen says. “So, seeing how the arts can be a part of so many aspects of our lives and be used in a way to broaden horizons and understanding, I feel like that’s so important at this point in our world.”

While much of Geurtsen’s effort has been researching other art programs across the country, she has avoided giving this new district a strict direction. Her goal is to listen to the artists and help tailor the WCMCD and future districts to their specific needs as a community.

There are already creative districts on the municipality level in places like Boise, Garden City, and Wallace, but they aren’t yet recognized by the state government. Her only goal with this pilot program is to create a template she can then use to better serve smaller districts across the state.

“If you look across the nation, I believe there’s 17 states now that have state recognized creative district programs. Idaho is not one of those, and what’s interesting about this project is—because it’s a pilot—we haven’t set specific outcomes,” Geurtsen says.

As the project moves forward, creatives in the West Central Mountains will have a say in what outcomes they would like to see in their creative district. Geurtsen is currently using survey data of those local creatives to help take the next steps towards establishing the district and the logistics that go behind running that sort of organization.

“I think seeing the West Central Mountains establish a creative district as a county-wide designation will hopefully open that up to a state designation.” Geurtsen says. “Ultimately out of this—which is really a huge learning process—I will then have a toolkit for how to do this work.”

Essentially, Geurtsen hopes that this project serves as a way to figure out which stakeholders to get involved, and which agencies and groups will best fit in the different roles and responsibilities within the district.

“And then it’s a toolkit that then can be used in different communities around the state with the end goal of having a statewide certification process,” Geurtsen says.

For any artists within the region who are interested in being involved with the district, they should reach out to Geurtsen to learn more and to get their name tied to the district.

“My job right now is to strategize how we distribute the support, how we solidify the working group and what those roles and responsibilities are going forward,” Geurtsen says. “And then we will be producing an asset inventory of all of the creators and places that make this region creatively vibrant and condensing that all into a map.”

McCall and the broader WCMCD, Geurtsen may have chosen the best possible test region for this pilot program.

“I prefer to view community development from within the communities’ perspective,” Geurtsen says. “I think with small communities, there’s a lot of work you need to do to build that trust and build those relationships. But that was sort of why we chose the West Central Mountains to be the first pilot. We had the right stakeholders in place from the valley aspect, the local city aspect, which will now also include Cascade and Donnelly, and that, as well as the nonprofit involvement.”

While the pandemic has been an unfortunate hurdle for the district, delaying her timetable, it has also given Geurtsen an opportunity to explore the intent behind this idea, and how best to move forward.

“Definitely in the last year with the pandemic, I have questioned this project and its efficacy,” Geurtsen says. “As we learn more about the pandemic progresses, I do think the time is now for a project like this and it’s a way to both preserve what makes these communities attractive while growing in a way that can still hold those community values.”

It’s a delicate balance to both economically support the rural communities throughout Idaho while maintaining the culture that makes them unique. But Geurtsen understands that balance more than most.

“I think, when you have so much money and influence coming from outside, this is a mechanism to sort of control some of that growth. And really retain what makes these communities livable,” Geurtsen says.